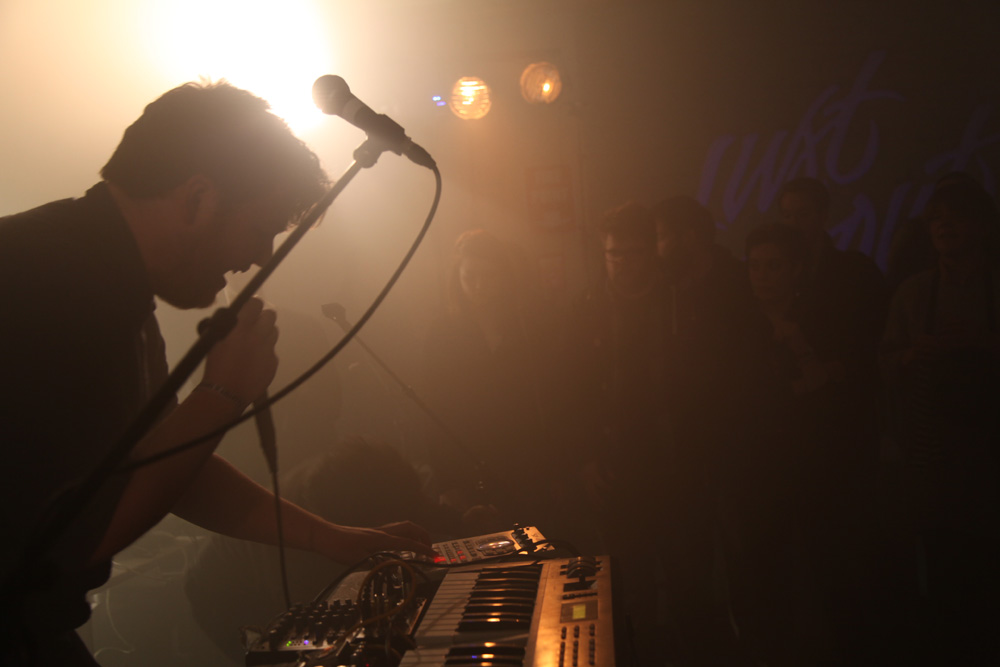 A few months back I headed down (up? sideways?) to Oxford, a town you probably know from the mega famous University that lives there.

There’s also a buttload of music coming out of Oxford these days. My friend Alex (Neon Pulse) played at a very cool warehouse party in February and invited me down. The gig was put on by and featuring a bunch of musically inclined friends who are collectively known as ‘Blessing Force’. I think Blessing Force is a proper thing now, as they were featured in the NME AND they even have their own Tumblr.

The most notable (well, famous) of these bands is Foals, although they didn’t play at the gig. Trophy Wife are probably the other band receiving the most amount of attention in recent times.

Other bands playing were Pet Moon, Labyrinth Ear, Young Athletes League, Coloureds, Rhosyn, Jonquil (btw saw these guys at Camden Crawl on the weekend and they were great), Sisterland, Ute and the fantastic Chad Valley (aka Hugo Manuel from Jonquil).

It was a pretty small festival, in a small warehouse called the Old Bookbinders. It was amazingly decked out with installations and trippy video graphics. Even though it was a relatively small gig the “hype” surrounding the Oxford scene has obviously reached London and there was a ton of media there, including Vice, who kept shoving their cameras in our face while we were dancing to Chad Valley, which made things a bit awkward.

Head here to check out the rest of the songs they filmed, including “Now That I’m Real”, “Shapeless”, Ensoniq” and “Reach Lines”. Definitely watch them, they’re brilliant. I originally embedded them but they all autoplayed which was a bit nightmarish.

Also please note this screengrab of my head from the “Shapeless” video (00:28):

I bet that made your day that little bit better.